It was September 2010. My husband was in his last semester of seminary and preparing applications to PhD programs. Our daughter wasn’t yet a year old. We had very little disposable income. But the timing was right for us to begin our adoption process.

You might think that the combination of school, a baby, and a tight budget would be a giveaway that the timing was anything but right. Adoption was always on our radar, but that summer, we were presented with the reality of the orphan crisis. And at the same time, we were hearing the gospel preached week after week, reminding us that we have been loved, pursued, and brought into a family at great cost even when we did nothing to deserve it. We were reminded that God’s heart is for the orphan (Psalm 68:5) and his followers’ care for the orphan is one of the purest forms of devotion (James 1:27). When we pursue the orphan, we pursue his heart. So, we saw the need, and we knew that we couldn’t refuse the call to care for orphans (Proverbs 24:11-12).

For us, obedience meant adoption. We knew the timing was not great, practically speaking, but we decided that we would walk in obedience and trust the Lord to work out the timing. We figured God could slow down the process if he wanted. I almost laugh as I write that because five years later, we still hadn’t brought any children into our home through adoption.

Closed Doors Don’t Mean God Wants You to Give Up

We had begun our process in the Ethiopian adoption program, and within a month of submitting our application, the program closed due to changes in country. So, we switched to the Honduran adoption program, did tons of paperwork, put on several fundraisers, applied for a bunch of grants, and prayed for the child or children we would eventually adopt. But after over four years, a fraudulent lawyer, several government changes, and a whole lotta cash, we were stuck. We knew at that point that adoption through Honduras was unlikely to happen, but we couldn’t afford to start over. So, we waited and prayed that God would move.

Then, in April 2015, our agency gave us the opportunity to switch to the domestic adoption program, and we jumped at it. We filled out the paperwork at lightning speed and began waiting and praying for the baby that would be a part of our family. Our family profile was made available to expectant mothers in September 2015, five years after we originally said yes to adoption. At that point, even though the average wait in the domestic program was eighteen months, we began praying with our Community Group that we would be able to bring our baby home by Christmas.

Timing is everything. On December 11, 2015, we were chosen to be parents to our sweet Lydia. We brought her home on December 22, 2015, just in time for Christmas. Lydia is one of the greatest gifts God has given us, and we are forever grateful to her tummy mama for choosing life for her and choosing us to be her parents.

I share this whole story not just with the tagline that “God’s timing is perfect” (even though it is) but to emphasize that the timing of our obedience is important too. You could argue that we could have delayed obedience to adopt for five years, and we still would have been on track to adopt Lydia. Maybe.

God, Nothing Is Wasted

He used every day of that five years to teach us and mold us and refine us in our understanding of who he is and how he loves us. And I would rather spend five years waiting on the Lord than five years in disobedience. So, if God is calling you to something, whether it be orphan care or church planting, don’t delay your obedience. The One who calls you will equip you, and He is powerful enough to work out the timing. It’s not like he asks us to do something and then realizes “Oh, this really isn’t a good time for her. I should have checked her schedule a little better before I asked her to do that.” Just no. That’s crazy. The God of the universe knows your schedule and your life and, on top of that, your future. (Hint: that’s more than you.) So, just trust him to work it out. He will do it, and not only that, he will show you more of himself so that you may worship him more fully. Trust him, and I promise you “will see the Lord’s goodness in the land of the living” (Psalm 27:13).

Christian growth is simple, but that doesn’t mean it is easy. Growing spiritually can feel difficult, so we naturally assume it is complex. This is a dangerous trap that can keep us from health. When we believe the formula for growth is too complex to master, it lets... 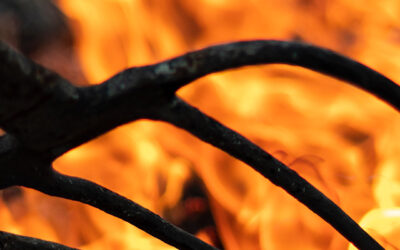 Know Your Enemy Pt. 3: What Should We Do?

Welcome to the final part of our blog series on demons. After discussing their origins and what they do in the world, we now must explore the question What should we do? We’ll take all of our answers out of Ephesians. 1. Remember Who You Are . . . according to the... 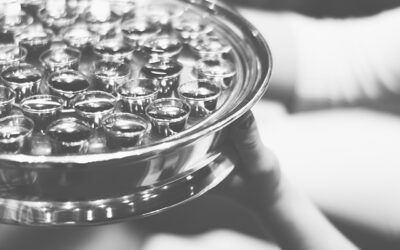 At this week’s worship services of Mercy Hill Church, we will be observing one of the most unique and important practices of the church—communion (or the Lord’s Supper). Most of us know Jesus started it and commanded us to do it. We probably have some idea that it...

Team Leaders invest not only in students, but also in their team, in order to help their team members minister effectively to students each week. Team Leaders are over a small group in MH Students where they facilitate small group discussion, ensure team members are equipped and students are engaged. In order to grow in leadership and team unity, Team Leaders are expected to attend a monthly Team Leader Coaching Meeting led by an elder at Mercy Hill, our All Leader Gatherings, which occur three times each year, and annual Community Group Leader Retreat. The Team Leader competencies are listed below. We encourage you to check out the competencies, and if you’re interested in jumping into this role, you can apply by clicking the link on this page.

Team members make Mercy Hill Students great every week for students by interacting with students, checking students in, leading games, and serving on our missional hangouts teams during the week. Team members also have the opportunity to join in on small groups and contribute to positive spiritual environments, although not all team members are required to do this. Below is a list of our Team Member competencies, which is what every team member strives for to make Mercy Hill Students a great place each week.